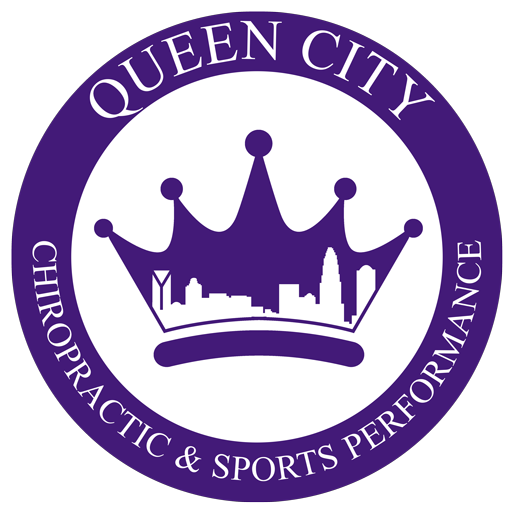 Reducing Lower Back Pain May Be as Simple as Looking Down Aside from the common cold, lower back pain is the 2nd most common reason American’s miss time from work. Its been estimated that more than 80% of people suffer from occasional to frequent lower back pain. It is often easy to identify where pain is located because we feel it…but it can be more difficult to determine the true cause of the problem in order to effectively alleviate the problem.

As chiropractic physicians, our expertise in assisting patients overcome spinal pain (by helping the body’s immune system function optimally) is only a portion of our effort. We must also think “outside the box” as to what might be causing this patient to feel a certain way?

At Queen City Chiropractic & Sports Performance, this process begins with a thorough patient history session. Learning as much information and detail from the patient as possible will provide an easier approach for the most appropriate treatment plan to address the complaint.

Occasionally, it’s trauma such as lifting a heavy object or a motor vehicle accident but more often pain arises from subtle repetitive microtraumas over time until the body can no longer compensate and a problem is detected via pain or stiffness. These issues that arise over time are often more difficult to rehabilitate or treat effectively because the problem and the complaint may be located in two different areas.

It Can Be as Simple as Looking Down

Posture is important for an optimally functioning spine because the spine supports the body much like a frame supports a building or structure. What supports the spine?

A series of muscles and ligaments provide strength and stability to the spine but so too does a stable base including the feet. The feet are the foundation of the body, they provide a connection to the surface we stand upon or move against. Feet also absorb excessive stress.

According to the book Chiropractic Management of Sports and Recreational Injuries, nearly every person’s feet function normally as an infant but up to 70-80% of people have mechanical faults associated with their feet by age 20.  By the age of 40, most people have developed an injury or compensated gait due to a lack of ideal foot and or ankle function.

Won’t the pain let me know that something is wrong?

Lower extremity dysfunction doesn’t always coincide with pain, in fact the body is very adaptable especially when dealing with pain.

One adage suggests pain is often the last signal perceived at the brain to indicate a problem.  Have you ever kicked a chair bare foot? You know it will hurt, but it takes a few seconds to feel the extent of pain because pain is slow to arrive. Another example, something as deadly as cancer has often very little pain until the disease is well-established.

So we can’t use pain as our only method to determine a problem exists within our body and treatment is necessary.

Back to the feet and how the feet could contribute to spinal pain. This theory is known as the Kinetic Chain which was first described in 1875 when engineers were developing moveable machines during the industrial revolution. This theory was refined later and applied to the study of human movement.

Therefore many problems begin in the feet and if not identified or treated, can lead to problems higher up the kinetic chain. This often presents itself in the hips or back as pain or limited movement.

Often over time due to poor footwear or obesity, the medial arch of the foot begins to collapse.  This is the area along the instep of the foot between the base of the great toe and the heel bone.

Stress applied over time weakens the supportive tissue of the foot resulting in reduced elasticity of the medial arch.  This process generates compensation of the foot when the arch flattens.

Once the arch drops, due to the arch’s connection with the ankle and leg, the knee must rotate inward.  This alteration influences the femur and the hip becomes forced to turn also which translates into compensation of the lower back.

SO… back pain could eventually occur and although the patient reports pain of the lumbar spine, they could have no perception of pain along the medial foot where the problem began. Assessment of the Feet Is Critical

We must check the feet with all non-traumatic (and traumatic) lower back pain patients before treatment is initiated. Footlevelers, a company that researches foot biomechanics and develops orthotics, recommends all doctors attempt to allow the patient with spinal pain to understand the foot-spine connection to optimize health and alleviate complaints.

When compensation occurs within the body, abnormal stress tends to accumulate with or without feeling pain. Chiropractors are specialists in spinal manipulation however most are also well-educated in addressing joint dysfunction of the extremities, especially the feet.

Lower back pain patients should expect to have their feet and other weight-bearing joints evaluated and often adjusted in a similar fashion.

Addressing joint restrictions in the feet can often provide an immediate reduction in lower extremity soreness and restore a bounce to one’s step with walking. Those who exercise more or spend excessive time on their feet often require the doctor to pay more attention to the feet for ideal outcomes. Overuse conditions such as Plantarfascitis can also be eliminated if the feet are checked and joint compensation reduced to allow the soft tissue inflammation to cease.

People often think of Podiatrists for foot pain, as we should. Those professionals specialize in foot and ankle disorders but they should not be considered the only option for foot and ankle care.

Chiropractic physicians can treat the foot in a variety of methods without the use of medications or surgery. Occasionally advanced treatments are necessary to seek Podiatric help but for common, non-traumatic complaints conservative management in one of the most recommended and successful options to consider as a form of functional rehab.

Functional orthotics or shoe inserts are often something that is recommended to improve foot and ankle biomechanics in an effort to alleviate lower back or extremity pain. Podiatrists have prescribed orthotics for years to improve the kinetic chain however the chiropractic approach focuses more on the body’s natural ability to heal without medicine.

Podiatrists often recommend a rigid or hard plastic orthotic for their patient to support the fallen arch. This would make sense when the arch has weakened and might need more structured support, however rigid orthotics are often uncomfortable and difficult to wear while exercising.

Humans are dynamic and move often, why would we want to wear something to limit our movement if we aren’t dealing with a fracture or dislocation? Clinical studies have shown we wouldn’t want a rigid orthotic that would provide support but limit our foot’s natural mobility to act like a shock-absorber. Just like we wouldn’t prefer a soft or stretchable rubber orthotic you might find at a pharmacy that offers only subtle reinforcement with little support but greater comfort.

The best option is a semi-rigid functional orthotic designed specifically for the person who wears it. Patients at Queen City Chiropractic & Sports Performance have the option for having a laser scan analysis of their feet. A computer creates a three-dimensional image of the foot while evaluating the patient’s stance to provide the necessary measurements to design a one-of-a kind semi-rigid orthotic created just for that person.

Semi-rigid orthotics provide the stability to support the arch when standing for long periods of time to prevent the foot from pronating (flattening) which contributes to medial knee rotation and stress applied to the lower back. The semi-rigid design also provides dynamic support when we move to allow for proper weight distribution throughout the foot without excessive stress being applied to the bones and joints of the foot that could lead to dysfunctional movement patterns.

Improving the alignment of the feet with functional orthotics during both stationary and dynamic positions will aid in distributing force appropriately while promoting postural modification with enhanced movement patterns obtained through chiropractic care. Essentially the body is supported better so customary positioning and movement is accomplished more efficiently.

We have a plan at Queen City Chiropractic & Sports Performance

Functional orthotics and joint mobilization are often combined with therapeutic exercise for an effective chiropractic treatment plan. Back pain is often what motivates a patient to seek chiropractic care however the treatment and the problem may be complicated and involve addressing multiple areas of the body for best results.

Ask questions and be honest with your doctor regarding what you feel and what you believe contributes to your problem. The more detailed information that is provided from the patient, the easier the treatment plan can be developed for best results from the doctor. Often these treatments require time, repetition and patience before beneficial results can be noticed. In my opinion problems that are most difficult to overcome often provide the best rewards.

We should always consider our feet as a potential contributing factor for helping alleviate discomfort with joint pain or stiffness. Taking the time to evaluate your feet and lower extremity biomechanics might just provide the missing piece to the puzzle that can get you back to moving at your best while leaving pain in the dust! 8 Benefits of Seeing a Chiropractor During and After Pregnancy Update From Us on COVID-19 Spinal Decompression Therapy – Is it for Me? What Is the Difference Between a Sprain and Strain?

PrevPreviousSpinal Decompression Therapy – Is it for Me?
NextUpdate From Us on COVID-19Next